The Evil GM - Where Do the Walls End? 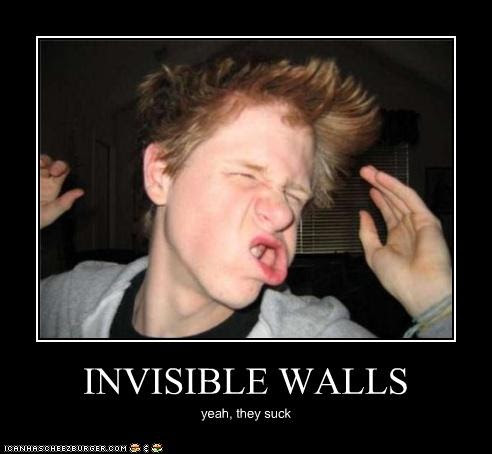 This is on the topic of railroading having to say, "no". Well its more about when to put up the wall and say, "No" and how it can become disruptive when players get out of control. I personally never like to say "no" to a player when they attempt to do something, instead I'd rather say, "Okay let's try it..".

Now I will do that if its not disruptive to the other players. A good GM has to know how to balance the disruptions so the entire group as a whole will enjoy the experiences. While its the job of the GM to entertain the group, a group should also put some effect into the game to entertain the GM, with excellent decisions, role-play and ways around the dilemmas presented to them.
I had a player in one of my groups, I finally had to deter away from being disruptive. He constantly on every action he had, wanted to do something outlandish or "off the hook" as he called it. Each time he was trying to top the last time. Each time would require a stop in the game play for him to explain out what he wanted to do or some of his actions he wanted to demonstrate that if it can be done by him, it was possible for his character to do it.
I allowed him to do it for a while, as it was entertaining to everyone and with the groups agreement, we decided that if he could do it in real life he could do it in game with a little bonus.
One example I can think of, while typing this up, was he said he wanted his character to roll off a ledge and go forward over a small box (2 ft height) and when he rolled over the box, pull out two daggers to stab a baddie who had his back turned. So we had him start on the couch and used an ottoman as the box.
Short of the long, he was able to do it, so we let him make the move with a +2 to hit.
Things like this went on for a while, until the point when he started doing the top the last move more and more until the group started to get annoyed with him.
Finally one night, the group plotted before hand (with out my knowledge, it was out of game I guess via email) to just slaughter this guy's character by fire.
I saw this coming and stopped the game for a 10 minute break, and then questioned why this was necessary to happen. After a little talk, we come to find out if they just asked him to stop, he would have, as he was only doing it because he thought everyone was having fun with it.
So I just said, let's play and save the outlandish stuff for really special moments.
What do you think?
at September 23, 2014