"All who travel the forest fear well the cottage of Halia Whitethorn, a sinister witch who spends her days mixing strange and powerful potions in her workshop. Her tinctures are renowned for their arcane properties, but any adventurer seeking her wares is sure to first find a great deal of danger...

Witch's Cottage is a 5e one-shot dungeon by Jesse Gazic, written for 1st-level adventurers. The dungeon includes full stat blocks for all encounters and original maps. Jesse can be reached at jessegazic.com or on Twitter. "


This adventure (well I want to call it a side quest, because I can see my group blowing through this 7 room adventure in like an hour or less) is awesome and highly recommended to pick up.

The first 3 pages is packed with description of each of the rooms along with how to incorporate this into your game.

The descriptions are enough if you want add a thing or two here and there to help move along your adventure, you can. The author does make a point to say he purposely kept the motivation of the big bag vague, so that you as the DM can determine what it is, to suit your game.

The author even goes into some detail/suggestions of what big bad's motivation could be and how to incorporate that into your game.

The next couple pages are left for monster stats and then finally the OGL.

I highly suggest, using this in your adventure.

I could easily see myself using this to have the characters have visit this creepy cottage in the woods, to recover the finger bone of the recently deceased hell hound or something that is needed for a potion for a dying (insert major NPC here).

The new Ghostbusters movie, a "disaster" 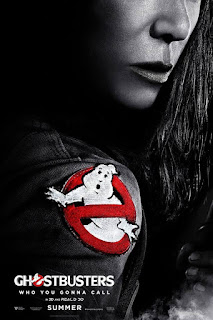 I finally got a chance to view the new Ghostbusters preview the other day and I absolutely hate it. No it has nothing to do with the cast, which happens to be all women. I could care less about that part, in fact the casting is a really good mix. Why don't I like it?

If feels like a cheap knock off, kind of like when they had that Ghostbusters animated cartoon with talking ape and weird people..

Then the real cartoon came out and they had to use the title, "The REAL" before it so no one would mistake it for that utter piece of trash going around using its name.

Here's the official trailer for the movie:

Its packed with bad effects and a bad story with cheap jokes that aren't even funny. Granted that's what the Ghostbusters was about (even if they tried to make people believe the original was supposed to be horror like).

The lines and scenes don't even come close to harking back to the original humor from the first or even the second one!

I'll see this movie, because I love my Ghostbusters, but I will walk in with no hopes.. At least they could given us some eye candy in this movie.. I mean it is an all girl cast..

I'll be at North Texas RPG Con, Podcasting and Showing off Mazes & Perils 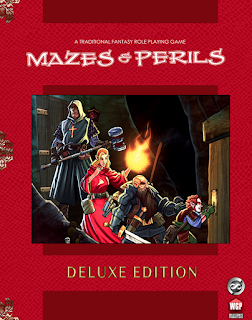 I'll be attending North Texas RPG Con this year in June (3rd to 5th) to play in the usual games and of course do some live podcasts for Roll For Initiative along with some for the Path of Legends Podcast. I will be sitting along side +Erik Tenkar my co-host for Path of Legends for a show and then be joined by +Glen Hallstrom  of Thaco's Hammer for another.
Read more »
at May 24, 2016 2 comments: A pale, solitary skeletal being which always wears a brown, hooded robe, the crypt thing stays in its lair permanently (at least, none have been encountered elsewhere) and will not attack if it is left undisturbed.
Read more »
at May 22, 2016 No comments:

The World of Arkonis Episode 32 – Who REALLY is behind the cult?

The Monsignor is no longer possessed, Lord Faulk feeling weird magical waves of engery through out town, the group has a mystery to solve as...