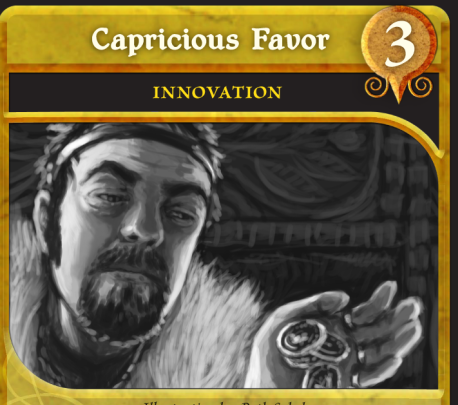 Giving out favor by the GM/DM, has been a common thing since gaming was invented. It started as just a thing around the table, where the DM would award a player a special "favor" in the game for their character.

The favor could be a +1 on their next to hit roll, or even something like you get a free re-roll on a d20 roll in any situation, but it's nothing more then a "one shot deal" favor given to a player.
Far as I know this rule has never been written into a book, its always been just a "thing" that people did when playing. I know D&D 5E actually has something like this written into the rules.
The problem I find about favor is that sometimes its very lopsided towards one player who is more outspoken, who is funny or can think the fastest for cool ideas. Now not EVERY thing should be rewarded, but I've seen a guy in one of my groups who was able to crack everyone up with some funny idea and he was given tons of points or special favors all the time.
Is this fair? Maybe, Maybe not.
Was I jealous? Sure.
Did I try to step my game up? Sure did.
Do I use favor in my games? Very rarely, it has to be super inventive or something that is amazing the whole group agrees he gains the favor.
I honestly see favor as the whole, "Parent favoring one child" thing and all the children are fighting for Mommy's or Daddy's favor.
I honestly don't think a favor rule should be included as a rule in books because it makes the brand new player to RPGs think, "hey its in the book, I should do it."
Do you use favor?
at September 22, 2014