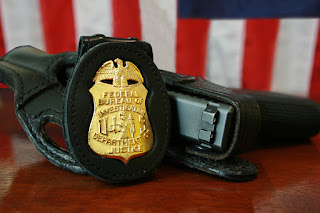 Sign up is live folks! You can head over to the website and check out the rules to sign up, and throw your  name and email on the list to get the beta test rules.

Franciso Seles is an NSA intelligence analyst affiliated with the Delta Green special access program. Two months ago, he was conducting a routine review of emails and web pages that had been flagged as potentially containing unnaturally dangerous symbols. He spotted a likely candidate in a pamphlet which had been photographed on both sides and emailed from a cell phone. The pamphlet advertised a self-help program called “Harmonic Bliss.” Seles sent the image for further Delta Green review. Other analysts confirmed the symbol’s unnatural provenance.
Harmonic Bliss is a New Age-style sect, established in 1992 by Armstrong Knox and currently led by his daughter Estelle Knox, a woman with no criminal record. Harmonic Bliss has no website nor an email address. Its new pamphlet had apparently been distributed only on paper. There are only a handful of mentions of Harmonic Bliss on Internet forums and social media sites, by current or former adherents saying that it has helped them or it hasn’t. None say anything to raise Delta Green’s suspicions.
Estelle Knox resides on a farm about a 30-minute drive from Leavenworth, Kansas. The farm is owned by Harmonic Bliss adherents James and Stacy Galworthy.
Six months ago, the Galworthys went missing. A local police investigation was opened after friends reported their disappearance. Since then, the Galworthys have not used credit cards, done any banking, made any phone calls, paid any bills or interacted with social media. Knox claims that the Galworthys went on a vacation and asked her to watch the farm while they were gone. Despite the circumstances, police found no evidence of wrongdoing. The case went cold. Estelle Knox has invited other Harmonic Bliss devotees to stay with her on the Galworthy farm.
Delta Green has launched Operation WORMWOOD ARENA under the pretext of an FBI kidnapping investigation. Your Agents have been called in to infiltrate the Harmonic Bliss commune and determine the extent of its involvement with unnatural forces.
No one has told you what the symbol from the pamphlet means.

You know all too well that it’s better not to ask."