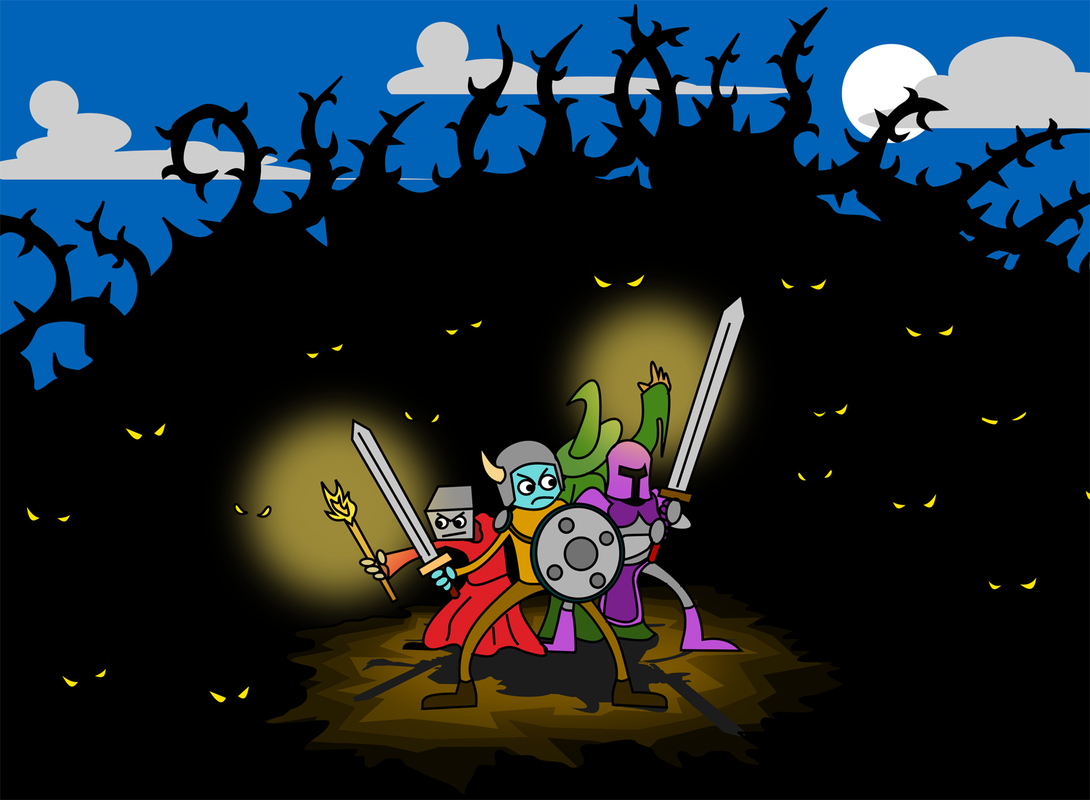 I was talking to a few of my buddies yesterday and they became very interested when I showed them my Far Away Land RPG Tome of Awesome. What caught their eye was the artwork and then they wanted to know more about the game.

They've seen my posts on the subject and seen the posts +Erik Tenkar from Tenkar's Tavern puts up like a million times in a day (he's a posting machine madman!) and now really want to know more about it.
I sat down (well virtually,  'cause it was done online) and we talked about the game in general, the wackiness, and then how characters are created.
Everything pretty much explains itself, but I think the folks I was talking with had a little bit of an issue with the whole, "you can design your character to be whatever you want".
Yes, you can do that.
Quote from the Tome of Awesome, page 5 to 6:

Character Conception
Before you begin rolling dice and making a PC, think about the type of PC you want to create. Take into consideration the type of game the GM will be running and the ways your PC could be both unique and beneficial to the game setting. It is a good idea for players and GMs to discuss the type of characters being created.
Once your group has decided on the type of game to play, look for inspiration from movies, books, TV, cartoons, etc. to help you create the character you want. Don't worry about making the perfect character but rather a character that is unique and interesting to you.

Want to design up a ninja that can cast spells? Sure go ahead!
Want to design up a warrior that uses a shovel ? Sure go ahead!
How is this possible? Well, looking further into the rules of character creation we see under step 7, something called Boons, or if you want to compare it to something, its sorta like Feats in D&D 3e and up.
Quote from the Tome of Awesome, page 7:

Boons
Boons represent areas in which a PC has trained or had experience and therefore gains a bonus die to their Stat roll when attempting a specific action. All Boons start with a +1 die bonus which is applied to the Stat roll associated with the Boon. A Boon can have a maximum score of +5. PCs begin with a maximum of 4 Boons.

This is how you make or mold the character into your vision with the list of boons given in the book, plus you are encouraged to sit down with the GM and design up custom ones to fit your character.
So looking at that Ninja concept again:
We see there is a Boon to use Magic, called Arcane... Great! Now let's look on the list, we see Sneak and Melee perfect! Now we have one Boon left, we can either grab another from the list or sit the GM and design one up to fit the Ninja concept..
Quick thoughts on a special Boon, would be Ninjutsu (or commonly Ninjitsu). Looking at that is a little involved and it's not just one thing, but could work. So maybe after crafting it, the GM may say, okay, well when we do your flaws, you have to take an extra one.
Yes, along with the good, there is a the bad. Flaws. You have to take 1d3 flaws and the book does suggest them for you, or you can make custom ones.
This is how flexible and wonderful this system can be! I suggest if you are reading this and want to know more, check out the Far and Away Podcast and go to the Far Away Land RPG Website for more information on the game itself!
at March 26, 2015