Designing a Pet for 5e, As talked about on the Pocket Mimic After Dark #8! 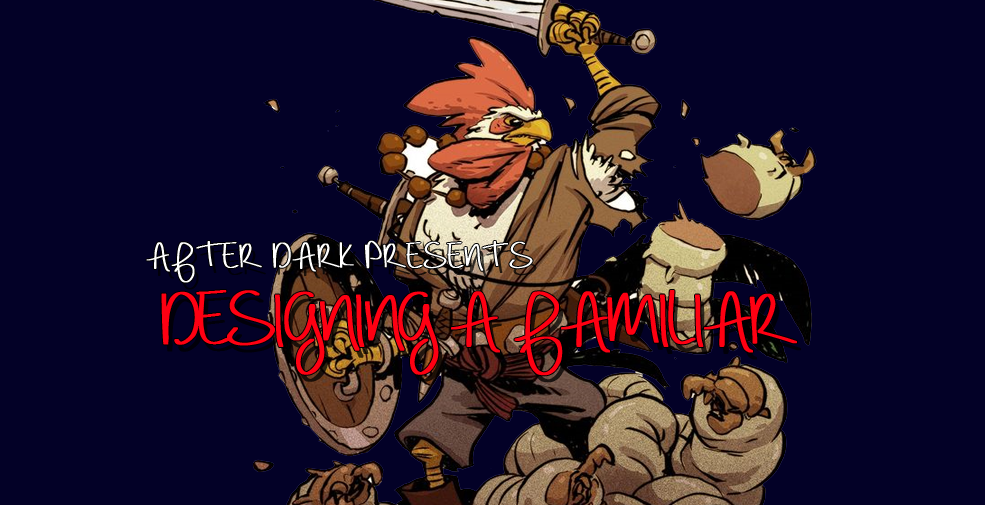 This week on the Pocket Mimic Podcast, After Dark Show #8 I sat down with Sal and spoke about designing a familiar or a pet for a character in game. So for this show I quickly grabbed an old favorite of mine, the WAR CHICKEN! I explained the backstory of how it was created and how I used her for the player's character.
But I know you are here for the write up, so here ya go, the write up

Glide: A chicken as we know cannot fly, if anything it can jump and glide through the air for short distances at a time. A War Chicken can jump into the air moving forward 15 ft upwards (laterally) in an attempt to fly, but after one After one round of flight, it must glide to the ground before it can take off again. While gliding downwards, the chicken will descend 5ft at a time while moving forward, and moves at its fly speed. It can attack while gliding.

What do you think? Would you use this? or naahhhh!