The Evil GM - Characters on the path to Immortality? 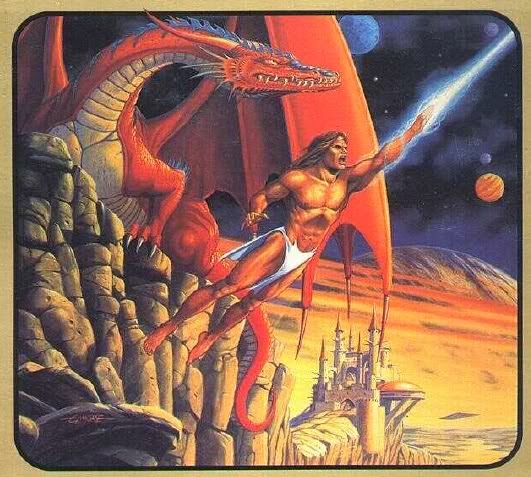 I was looking at my shelf the other night and saw my old Basic D&D boxsets. My eyes fell upon the immortals boxset by Frank Mentzer.
Images came back into my mind of how much I enjoyed playing games in the earlier editions with as he so been dubbed in my podcasts, "The Great Joe DM". Queue the celebrated Angelic music.
How we played characters and were always looking for an angle to get our character into the Demi-god status or on the path to "immortal-hood". Yes I used that word instead of immortality, because of  the way it was an actual "class" you can become. Class might not be the right word, maybe just saying "thing" is the right word.
At one point, my friend was trying to become a lich and every adventure was based on his character becoming a lich in the end result. Not sure why he thought that was so cool, but he did for whatever reason attempt to do so. I guess it was as silly as my quest for my fighter to become a Death Knight, it was something we saw as teens and thought, "that would be AWESOME".
As my mind drifted, I soon started to question of how I haven't seen that many players doing the same things we did in the past as far as becoming a "legend". For years and years I've seen players have an end goal of becoming something that will keep their character living on forever.
Nowadays, it seems everyone just players a character, not giving it much care at all. I am not saying that one edition is better then the other and it encouraged a player to care more about their character.
Its just a passing notice I had while thinking about the early days.
Now I know for certain, D&D 5E and Dragon Age really seem to encourage a player to really get into and build their character, not seeing him as a piece of paper, but more then that.
What are you thoughts?
at February 05, 2015

https://ift.tt/eA8V8J The Bugbears prove to be more then the group can handle as Akio calls a retreat and the group heads out before its a T...