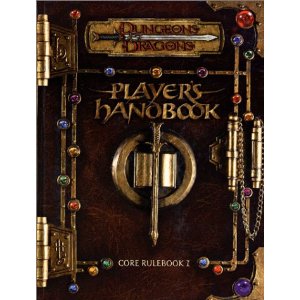 I was sitting around readings some posts today while I was snowed in today, here in PA. When a buddy of mine from a group I played in long ago, sends me an email. Asking me, since I am so involved with the OSR, podcasting and running a forums, " Isn't 3E (not 3.5E) considered old school now? It has to be, its almost 12 years old?"
My first response was no. Its not. But as I was typing back my response, I thought of some great questions to ask myself and others out there. First and for most... Why can't it be? It's past the 10 year mark, its out of print and shunned by its creators and most of the D&D fans out there.
If you are starting to scream here, just wait. Because listen to this. 12 years ago, 3E came out in 2000, which made AD&D 2E only 11 years old. At that point 2E was considered "Old School". Which everyone embraced as acceptable at the time.
Now the once big bad "Beast of 3E" is nothing more then a discarded puppy outside, is 12 years old. Should we not give it a break and allow it to be considered some-what old school now?
Thoughts?
at October 29, 2011