For those that have been wondering, "Where is the Wisdom bonus modifier chart?" and "What's the incentive for Clerics putting a high score in Wisdom and not using it as a dump stat?" The answer is here and will be included in the new errata for the book.


As you know, Mazes & Perils is a clone originally of the Holmes Basic D&D rules with a little twist to it adding a bit more for folks that like it a bit basic, but just want a bit more. In the original Holmes book there never was a Wisdom chart, as the game was a bridging gap for new players to be introduced into the game before jumping into AD&D 1e.

I've had a chart all this time along with a new Mechanic called "Memory Recall".

Memory Recall actually came about due to players who did not take notes and I was getting tired of that. Which lead me to two things, either the game stands still until they figure it out or I help them some how in game. BOOM, Memory Recall was born.

Here's the chart and the new Mechanic: 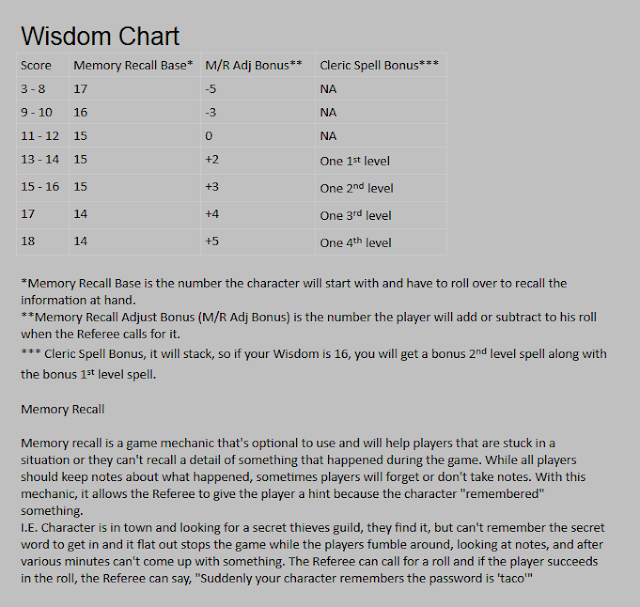