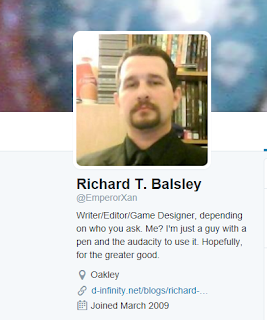 Normally I don't get involved in such things as this, or even want to put this on my blog, but this needs to be exposed, because its horrible.


We all have our political affiliation, some keep it private, while others are very outspoken in their personal lives. I, for one are one of the outspoken people, but I keep it out of gaming and my podcasts.

I hold it against no one for their decision to vote for whomever they want, I may not agree with it, but everyone is entitled to their opinion. Most of us think this way except for this one man, named Richard T. Balsley, who has decided to drag this into the gaming world and attack those people for supporting whom he did not (which was Hillary).

This 'man' was part of an original list of gamers who got together and started the hashtag of #Gamers4Her, which was gamers who were all voting for Hillary and showing their support for Hillary as gamers. List was spearheaded by Mike Selinker.

Here is a link to the entire list of people who 'signed' it and who Richard is claiming back his list. 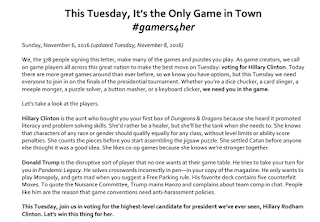 Okay, great, y'all are special snowflakes voting for Hillary. Super. Your right as part of the process.

But apparently she lost and instead of saying, "Okay, its over, back to gaming now" the list has been taken a different direction, an evil direction,  by one man named Richard T. Balsley (mug shot above) who has decided to start an #Orangelist tag to black list any gamer who supported Trump and did not vote for Hillary.

Edit: Apparently I am not blocked from his facebook, I guess I was spelling his name wrong or he unblocked me, who knows, but I am adding this.

Here are some of the recent posts of him on Twitter, I would get you his facebook posts, but I've been blocked and added to his #orangelist. 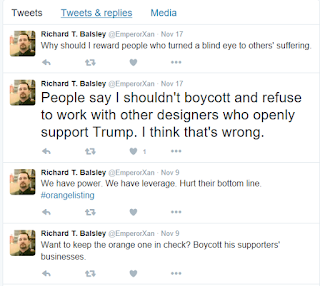 I have gotten my hands on said list by covertly infiltrating his 'Nazi' camp, below the very list he is passing around to those in the gaming industry asking that you "SHOULDN'T DO BUSINESS WITH THEM BECAUSE THEY DIDN'T VOTE LIKE I DID AND HILLARY LOST, WAAAAAAAAAAAAAAAH!"

So if you want to know if you are on said list, please check it out: 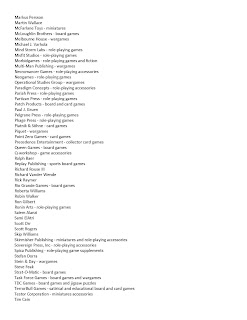 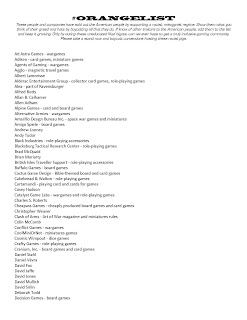 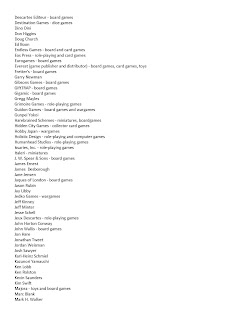 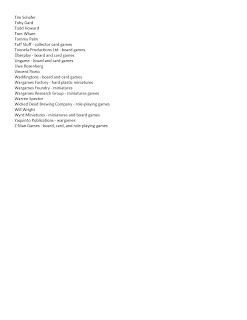 Its pretty clear we are dealing with a sick, twisted moron here and we as gamers need to stop this divide amongst each other. Gaming at the table is supposed to be a place where friends get together and have fun. Politics, religion and personal sexual behavior (this last one depends on the group in a whole) should not be talked about at the table, because it could cause various fights. WE DO NOT NEED THIS.

People wanted proof of the email that was sent, here is a screen shot from my source. Its clear in the picture below, with the email address, and the 4 attachments. You can even see an attachment preview at the bottom of the page with the big red circle around it, showing the preview of the first page. 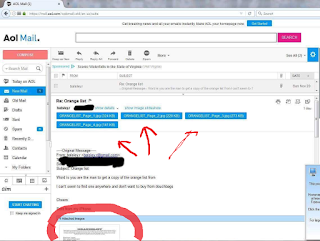 I have spoken to Mike Selinker directly and I want to make it clear, he has no hand or part of this list, this all Richard's doing and frankly I don't care anymore. He wants to orangelist me and others, that's his stupid decision. Comments on this blog are closed. Thank you all.

New comments are not allowed.