The Evil GM - Kids around the table, Let them play or No way? 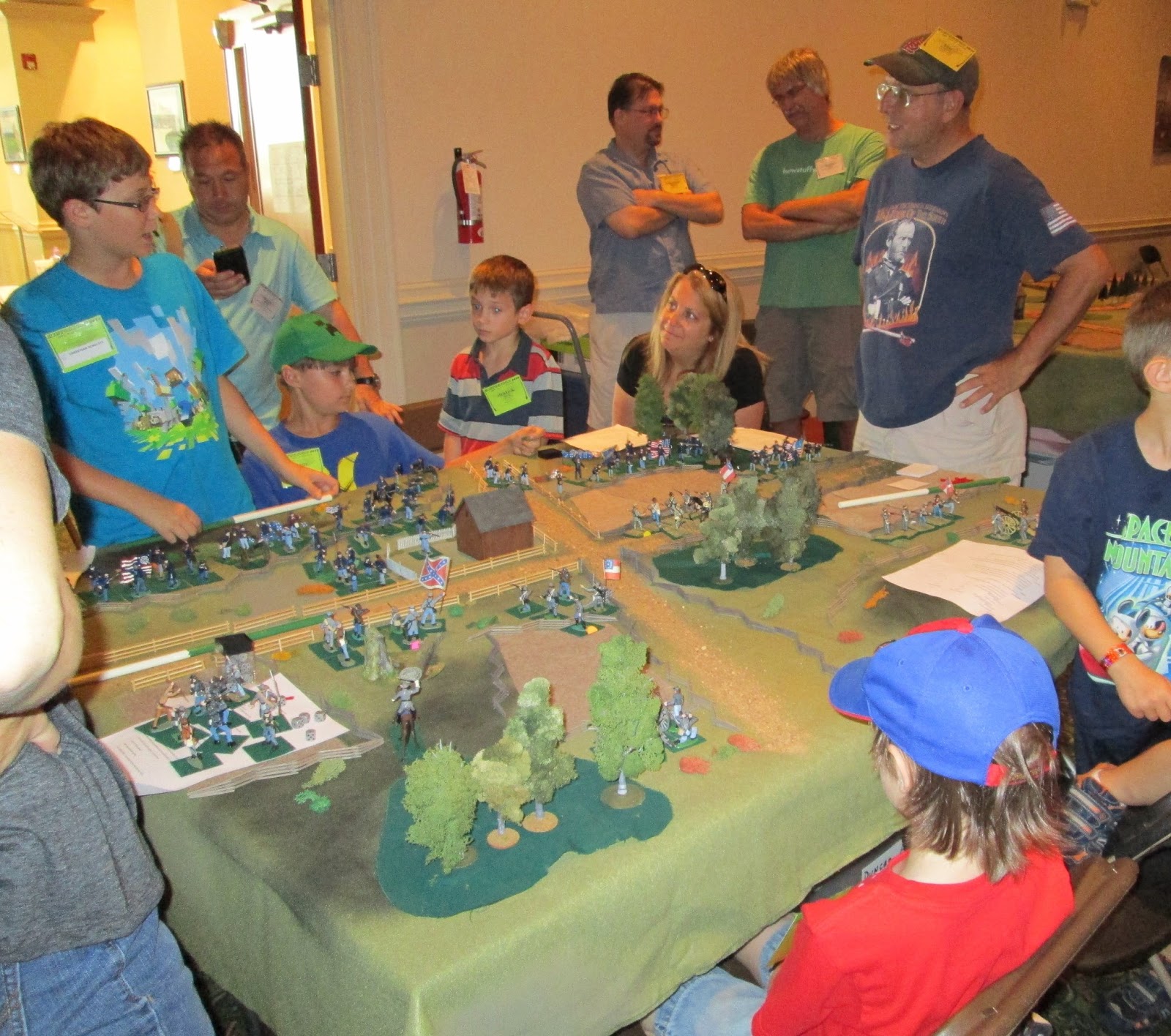 When I was doing the Roll For Initiative Podcast this past Sunday, we had a question from a listener asking about what is the right age to bring your kids to a convention to join in on the fun.

Each host had their say in what is the right age based on their own situations and experiences. While everyone was mostly in favor of bringing your kids after the age of 11, another topic sprung out of that question of home games, and should you bring in your kids in to start playing there?
Before we get into home games, there are a few things to consider before bringing in your little one to a convention.
You have to ask yourself these questions:
I believe those are the main things you need to think about when bringing your child. You have to consider a lot of options, because with conventions you have to remember people are paying to play in the games.
Now with home games its a different story, because its either your house or a friends house, BUT you still need to consider those two questions above and as well you now have to consider this question:
Meaning, does your group maybe drop a word here or there not suitable for your child to hear, or maybe the theme of the game is more slanted towards PG 13 to sometimes R.
Bringing your kid to the game would prevent those such things from continuing...
I know personally, when I go to game each week that is my chance to unwind, enjoy a few laughs with my friends and not have to worry about the bullshit of work, and the politically correctness of the world.
So when its my house, the rule is all members must be 18 or older to play in my games. If its another player's house, its their rules.
To end this, bringing your child to conventions is cool, but to a private home game, it may not be the best idea. I know personally, myself and another player of a group stopped RSVP'ing to games because the host decided their 9 year old had to play in the games and we told him that. So we parted ways for gaming. We are still friends, we chat here and there as friends do, but gaming is out. He respected the honesty and would rather we not play in a game we were uncomfortable with.
Hey its my choice to have this opinion, don't like it? Cool, we won't game, simple enough.
at September 30, 2014

Email ThisBlogThis!Share to TwitterShare to FacebookShare to Pinterest
Labels: Kids